Today was a little rainy and cloudy. In the evening the weather was sunny. I biked with Sigi as we were both headed east and at the same speed. Previous people I have encountered were slower or biked for shorter distances at a time. However, we both had the attitude of crushing as much distance as possible. We followed the cross Canada trail and ended up spending a big part of our day on the side roads surrounding the main highway. Side roads are worth it - no traffic and the entire road is yours. In Northern Ontario it is hard to go on side roads as it is just the trans-can. However, after Sault Ste Marie there is room to go on adventures.

We saw interesting birds, bison farms, farmer markets and most importantly we did not really stress about traffic.

We stopped near Iron Bridge for some pop and ice cream. I'm not the only one addicted to some cheap sugar after a long day on the road.

We stopped for the night on the beach near Blind River. At the beach, the park had a no camping sign. However, it was late enough and I thought it was only a basic deterrent against bad crowds. We filled up our water at a Subway and headed to the beach to the far left from the entrance. Sigi was coming up with excuses in case we got caught - it was quite funny hearing her worry like this as she came up with so many excuses for all possible attack angles. After looking at the water for the past few weeks, I finally went in for a swim in replacement of a shower.

Sleeping on the beach was great as the water is good quality white noise. This is my second free night camping in a row. The app Sigi used to find the spot is called IOverLand. 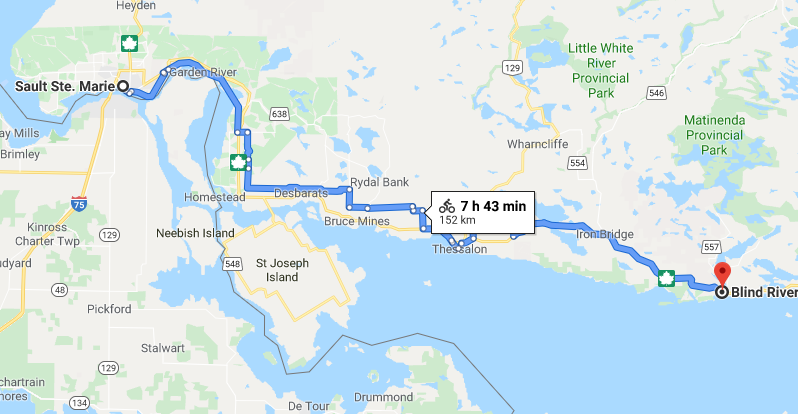